When you first picture Australia, what comes to mind? A gargantuan land mass in the Pacific Ocean; endless stretches of white sandy beaches; some of the best surf in the world; thousands of miles of uninhabitable desert, the cityscapes of Sydney and Melbourne?

I hadn’t imagined for a minute that there would be such beautiful mountains, or such vast forests.

Until I visited the Blue Mountains that was.

After a week in Sydney, surfing during the day and partying at night, it was time to move on. Our van had been parked in the same spot on a leafy, residential street near Bondi Beach for a few days, and the locals were starting to take note.

And so, after one last Sunday session at Bucket List Bondi, we were on our way. Two hours in land towards Katoomba, the furthest I’d been from the coast for weeks. The landscape began to change with every mile travelled and the variance in topography was welcome after weeks of pancake-flat coastline.

The National Park has an area of 11,400 km² and boasts a vast number of walking trails and view points with breathtaking views over the eucalyptus forest that stretches in to the distance.

Where to Stay in The Blue Mountains

The largest town in the region is Katoomba, where there are a number of hotels and guest houses. We found a free camp site just on the outskirts of the National Park using the Camper Mate app – an app which allows you to find camp sites and facilities in your local vicinity. Due to the fact that this was the only free site in the area, there were a lot of vans parked up.

What to See in The Blue Mountains

Covering such a vast area, the Blue Mountains National Park has so much to see and do. From the overly commercialised and touristic Scenic World, with its cable cars and walkways, to remote bush walks in the dense forest. There are a couple of waterfalls worth seeing – better when there has been sustained rainfall.

Just outside Katoomba, Leura cascades is a shallow waterfall with easy access from the car park (see map below). A well marked walkway marks a circular route which takes in the waterfall and the surrounding bush. The bathroom facilities at the car park are also handy if you’re living in a van.. 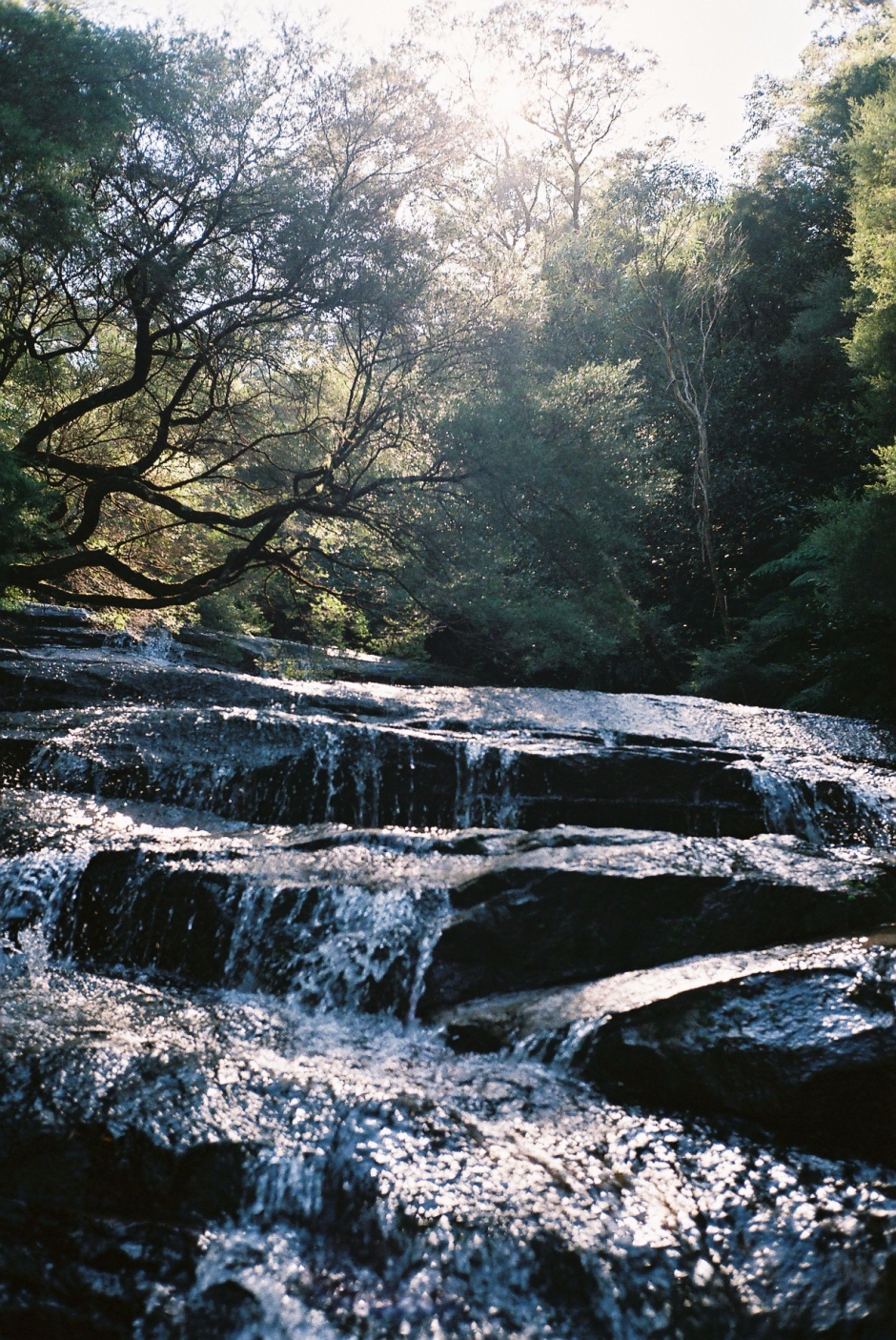 A few kilometres to the east of Leura Cascade is Wentworth Falls is one of the tallest, and most majestic waterfalls in the Blue Mountains. Easily accessible from from the Wentworth Falls picnic area, the lookout point is the perfect place for a short walk. Alternatively you can join Darwin’s walk (named after Charles Darwin) which continues through Jamison Creek to the top of the falls. 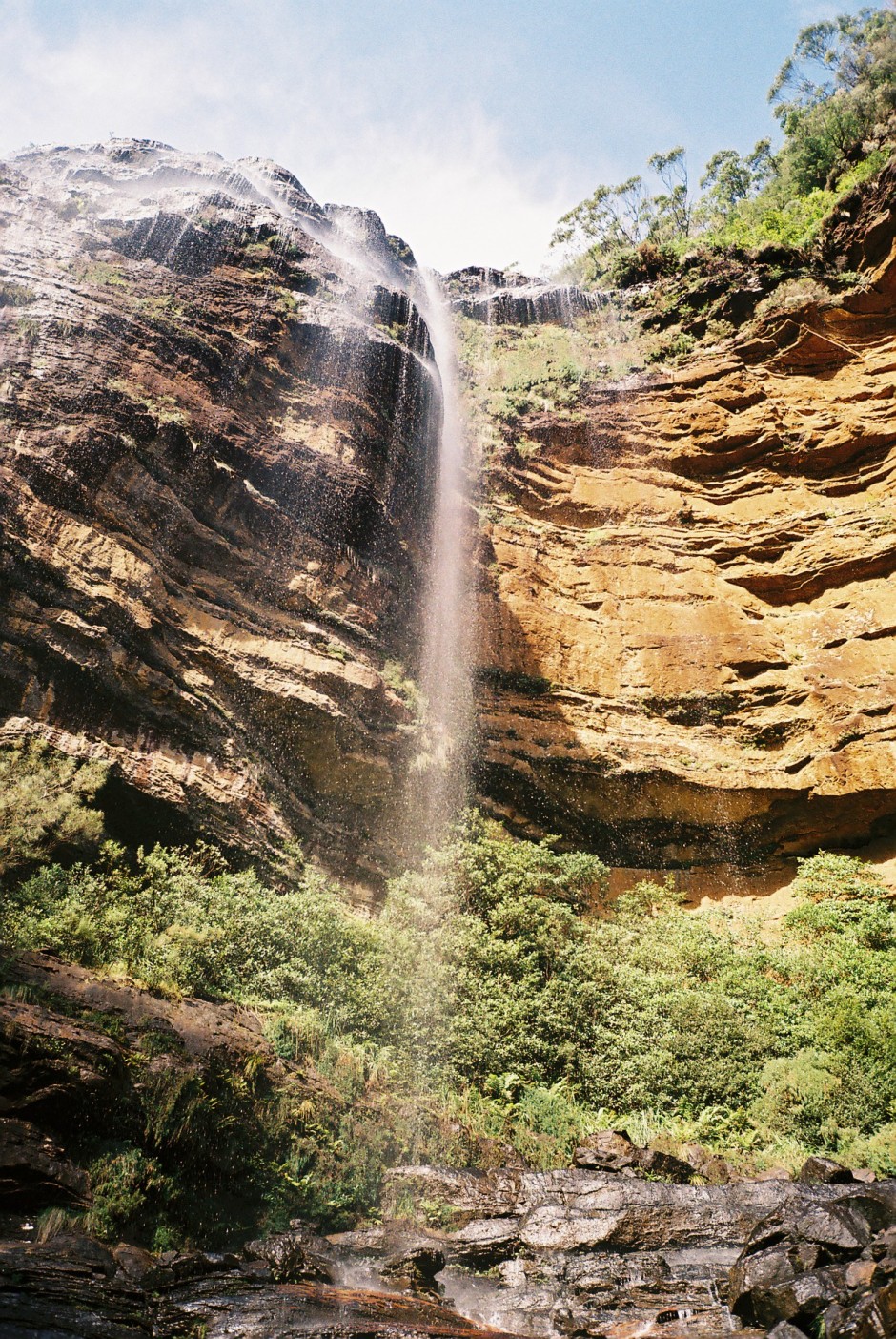 The Three Sisters are one of the most popular sites to see in the Blue Mountains, and understandably so. The three rock formations tower high above Jamison valley. 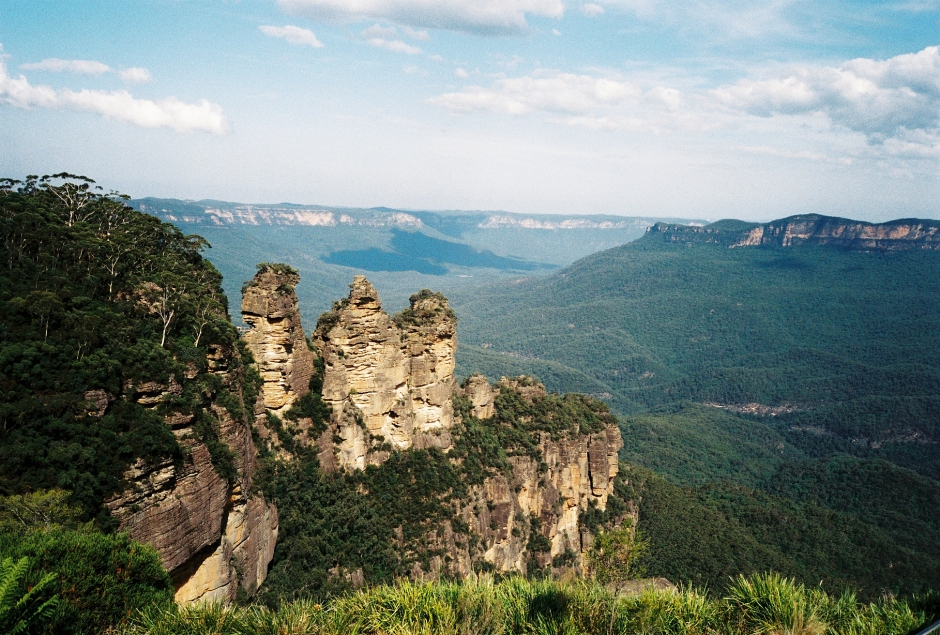 Aboriginal legend has it that there were three sisters that formed part of the Katoomba Tribe who were turned to stone after a disagreement with a neighbouring tribe. Today they are a famous tourist site, most easily viewed from Echo Point. The ease of access makes this vantage point very popular and it can get terribly crowded.

From Echo Point it’s possible to follow a trail down to the valley floor and join Federal Pass which you can follow back through the valley to the Giant Stairway – 800 steel steps which climb back up the Three Sisters. It’s an easy bush walk taking in the main viewpoints, as well as the 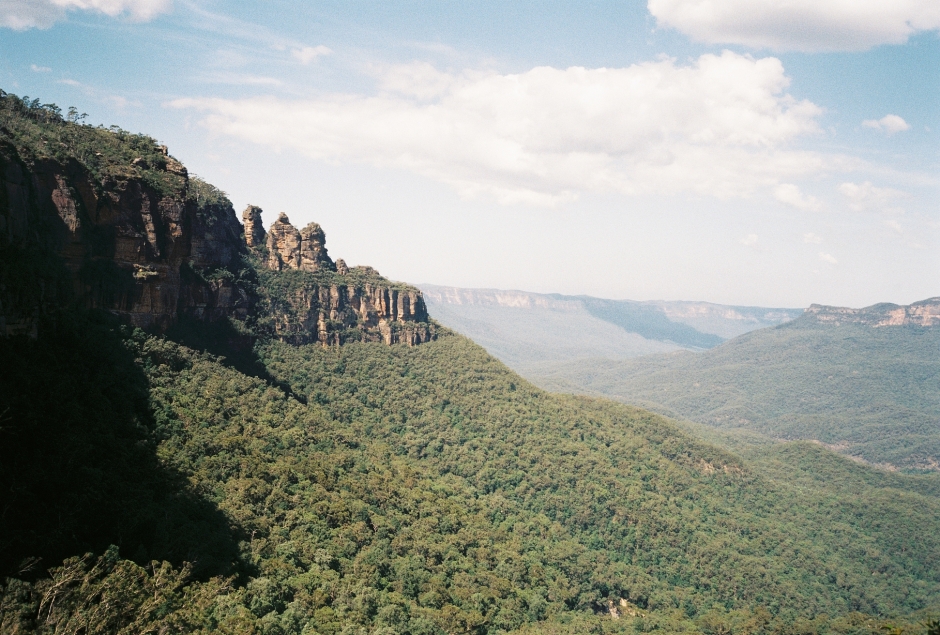 Spending a couple of days in the Blue Mountain National Park would give you enough time to see the main sites. Be aware that aside from the National Park and the small town of Katoomba, there isn’t a great deal in the area.

The Monocle Book of Japan

How to Plan the Perfect US Road Trip

6 Things To Do Before Leaving For A Trans-Siberian Holiday

The South of France